The Main Thing I Learned at The Maine Photographic Workshops 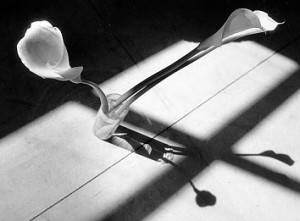 In the middle of an intensely hot August when I was living in Austin, Texas, I treated myself to a week long workshop on “Creativity in Photography” at The Maine Photographic Workshops in Rockport, Maine.

Of note, in 2007 The Maine Photographic Workshops and the International Film and Video Workshops merged to form the Maine Media College.

Rockport reminded me of Louisiana (where I grew up) – big trees and very green, with the added pluses of more hills, ocean and not needing an air conditioner. I rented a bike for the week, and food, room and board was included in the package. I stayed in an old rickety Victorian house and to my surprise, my roommate was a Pulitzer Prize winning photojournalist for the San Jose Mercury News.

Through the week we had various assignments. One was to use plastic Holga cameras and think of new ways to take pictures. The teacher encouraged us to smear the camera lens with Vaseline.

The main thing that I learned from the workshop was something simple yet changed the way I composed my photographs. It wasn’t the first time I had heard of the Golden Meanwhich is the ratio 1:1.618034. At the workshop I saw it in practice more than ever before. There is a dynamism in the almost 5/8ths (roughly 8:13 ratio), in framing slightly off-center.