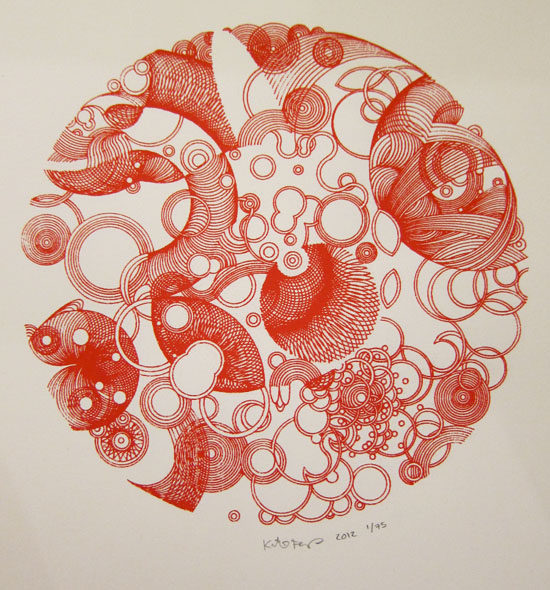 Her work has a sense of playfulness yet shows a serious understanding of color, line and form.

She created a limited edition of 75 prints that sell for $40 apiece, and come signed, numbered and dated.

You can purchase a print through Feser’s cool website. Through July 26th you can see more of her work in a series called “Orbital Drawings,” at 31 Rausch Street (at Folsom Street) in San Francisco. Contact Chris at chrismccaw dot com to set an appointment.

You might also enjoy:
–Messages from a Spirit Photographer
–4 Examples of the Artistry of Upcycling
–Discovering Artist Nancy Adair 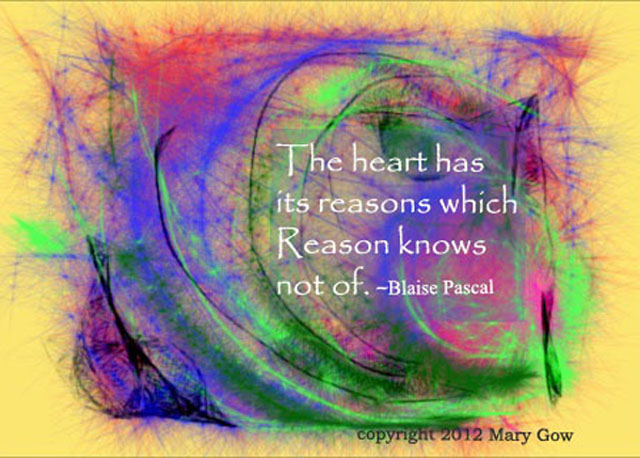 But is it really?

Those are two common instructional design models I learned in the instructional technology specialization I studied for my master’s degree in education.

There’s hundreds and hundreds of learning models developed to guide the teaching process. They involve various combinations of analysis of the needs of the learner, delivery of the information, and some method to measure or survey what was learned.

And an effective lesson plan addresses the auditory, kinesthetic or visual learner.

How do you learn?

After studying a zillion learning theories and paying for years of formal education I find that I learn many things from stories. And storytelling is a skill that wasn’t in the curriculum.

Which reminds me of a counselor I know that uses heroic metaphorical stories to show her clients new solutions. Brilliant!

Is there a School of Storytelling?

Alan Francis has won the Horseshoe Championship 15 times. He is the best horseshoe pitcher ever!

I tossed horseshoes for the first time not long ago and found out about Francis when I was looking for more info about horseshoe pitching.

“Beginners only hit ringers only one to three percent of the time,” said Francis in a television news story in the YouTube video above.

This made my first ringer on my first day of horseshoe pitching all the more special! Though, as you can see from the photo, I wasn’t tossing in an “official” pit. It was a casual set-up in the park.

Have you tried a new sport and felt intimidated? A new set of rules, new equipment. Like a new canvas and fresh brushes for the non-artist.

What’s involved in hitting the stake to achieve that metal to metal “clang!”? The National Horseshoe Pitchers Association spells out how it is done.

From that fun day pitching horseshoes for the first time, I reflected on the sweet underlying message. Enjoy the flow. The new. Watch someone who knows how to do it right (aka a role model). Focus. Visualize success and expect it!

The World Champion in Horseshoe Pitching in 2010 won $4,000. Another lesson! Something you love that you’ve been doing since the age of 7 and you are the best in the world at may not pay the bills. But don’t let prize money stop you from trying a new sport. You just might pitch a ringer!

You might also like:
–7 Ways to Make Your Presentations Sparkle
–3 Memorable Quotes from Steve Jobs
–3 Discoveries About Intuitive Painting