The Adventure is the Reward 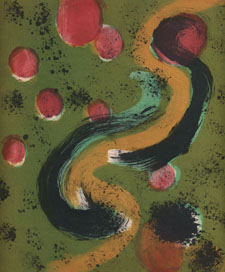 I think the concept of bliss appeals to me so much because it makes so much sense and is so opposite of what I was told in my childhood. Even Donald Trump says “You have to do something you like!”

MOYERS: Would you tell this to your students as an illustration of how, if they follow their bliss, if they take chances with their lives, if they do what they want to, the adventure is its own reward?

CAMPBELL: The adventure is its own reward – but it’s necessarily dangerous, having both negative and positive possibilities, all of them beyond control. We are following our own way, not our daddy’s or our mother’s way. So we are beyond protection in a field of higher powers than we know. One has to have some sense of what the conflict possibilities will be in this field, and here a few good archetypal stories like this may help us to know what to expect. If we have been impudent and altogether ineligible for the role into which we have cast ourselves, it is going to be a demon marriage and a real mess. However, even here there may be heard a rescuing voice, to convert the adventure into a glory beyond anything ever imagined.

MOYERS: It’s easier to stay home, stay in the womb, not take the journey.

CAMPBELL: Yes, but then life can dry up because you’re not off on your own adventure. …

So following your bliss may not be totally blissful. Pack some powerful doses of courage in your toolkit.

Comments Off on The Adventure is the Reward