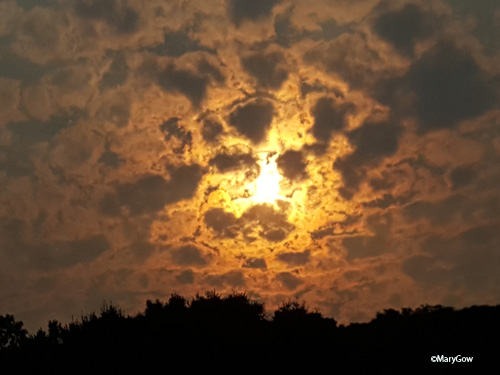 Greetings as we approach the cusp of Winter. Though I like the dramatic feel of this photograph, it might violate one of those rules of composition that I learned: do not place the subject in the center! I still like the strong texture of the sky.

I hope you are enjoying the Spirit of the Season.

Found a reflective poem that seems to go with this season. It’s by Zhuangzi:

We cling to our own point of view,
as though everything depended on it.
Yet our opinions have no permanence;
like autumn and winter,
they gradually pass away.

Happy Vernal Equinox, Solar Eclipse, and New Moon! May you thrive with the new energy of this season.

This quote was handed to me and I feel inspired to share it. It reminds me of the power of choices we have every moment.

EVERYTHING YOU DO IS BASED ON THE CHOICES YOU MAKE.
IT’S NOT YOUR PARENTS,
YOUR PAST RELATIONSHIPS,
YOUR JOB,
THE ECONOMY,
THE WEATHER,
AN ARGUMENT
OR YOUR AGE
THAT IS TO BLAME.
YOU AND ONLY YOU
ARE RESPONSIBLE
FOR EVERY DECISION
AND CHOICE YOU MAKE.
PERIOD.

Cheers to your personal power.

Purple Cow, The Dip and Linchpin: Are You Indispensible? – these are three of my favorite books written by Seth Godin. Each hits a significant tendency I have.

Purple Cow reminded me I won’t be memorable unless I can distinguish myself from others the way a purple cow stands out from the crowd. (Though it also reminded me of how I was teased in grade school about my last name that rhymes with “cow”).

The Dip goes through the creative cycle and gives tips on which ideas may be worth ditching
and which ones may be worth enduring the dip before the uptick.

Linchpin challenged me to think through what being an artist means in the deepest sense. And whenever I do something with the intention of giving it my absolute best it has a touch of being a true artist.

Recently Godin said something I want to share to remind me (and you) to move beyond lizard brain thoughts.

The enemy of creativity…

We’re all born creative, it takes a little while to become afraid.

A surprising insight: an enemy of fear is creativity. Acting in a creative way generates action, and action persuades the fear to lighten up.

Check out more wisdom at sethgodin.com.