Revelations at the Affordable Art Fair 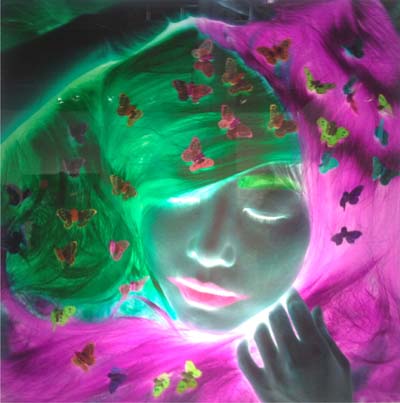 It looks like plenty of people are buying art these days!

Woo is a Korean-born artist who lives and works in New York. He has a beautiful website!

A Lambda C-Type print is photographic printing technology at its best. Three lasers merge into a single beam and can create images up to 50 inches wide in a single pass.

The new location for New York’s AAF is at The Tunnel, which is on 11th Avenue between 27th and 28th Street in Chelsea. The beauty of this year’s fair was the ease of walking. The straight long corridor and felt spacious (aside from bumping into people).

The Affordable Art Fair began in 1999 in Battersea Park in London, United Kingdom. Every piece of art in the show was required to be clearly priced, with no piece over $10,000. 10,000 people showed up for that first art fair and over a million dollars in art was sold!

Founder Will Ramsay has since expanded the AAF and the 15th city he’s adding to the mix is Hong Kong in spring 2013!

Like an infant being encouraged to walk, visiting the NY AAF encouraged me to keep on with my art, and not give up. It helped me put my own art career in perspective. Even though I’ve been making art since I was a kid, I haven’t gotten my work out there as much as I could and encouraged myself to go beyond the the stumbling stages.

Stumbling as an artist (or at any endeavor, for that matter) can be over a period of years or decades or lifetimes. I’ve been in the baby stages of getting recognition, awards, and having my work collected. Or maybe I’m at the teenage about to become adult stage. But I found a deeper truth.

Has this happened to you? While you’re at an event of something you love you realize you’re as good as the competition but you’re not competing?

While at the AAF I had just such an awakening.

So thank you AAF for inspiring me!