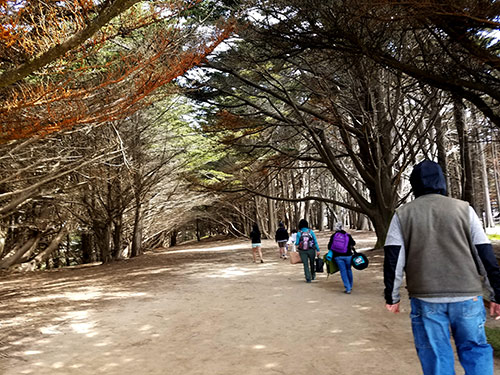 The mini-retreat begins as we enter Fitzgerald Nature Reserve at Moss Beach. Photo by Mary Gow.

We met at James Fitzgerald Preserve at Moss Beach, a tucked-away-becoming-popular alcove about thirty minutes south of San Francisco on the Pacific Coast. Our cars lined the entrance to the trail. A car trunk was open with folded blankets to sit on if we didn’t bring something already.

Our small group walked up to the bluff that overlooked the Pacific and looking down at the beach there were about twenty or so seals sun bathing. One Kodak moment I saw a baby seal eagerly scooting up to it’s mother.

It was one of those splendid cloud-free blue sky days on the coast, fog-free too. 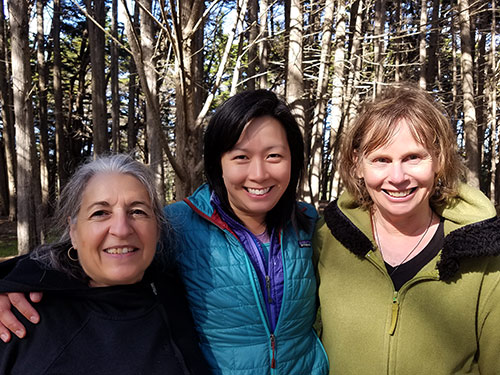 Lisa I already knew since she’s a fellow Chinese American female artist. I find her one of the most driven people I know tackling the sticky issues of the ancient wounds of women, especially Asian-American women, and at times particularly Chinese women.

When Ann Sullivan she said she was a “modern day mystic” I immediately resonated with her since she explained that it’s a way to say she’s a person seeking a spiritual path in modern times.

Jovani brought musical instruments to play, as she’s an “improvisational sound healer.” She brought a HAPI drum, a small cast iron drum was about ten inches wide and eight inches tall, that made deeply resonant sounds I thought were from a much larger drum! 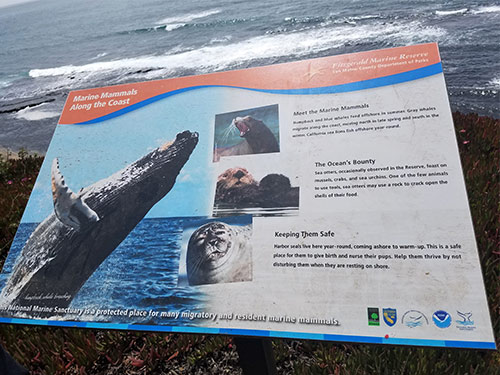 The three workshop leaders created a safe space to spend three hours exploring our own healing.

We took time to introduce ourselves as we sat in a circle. Then we listened to healing music, free to make any sounds we felt like making.

For the next hour we roamed about the woods in silence and could make any sort of art we chose, they brought the materials.

Thinking was discouraged yet I found myself doing exactly that.

There’s no right or wrong though. 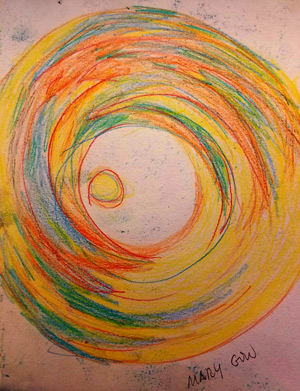 After that hour we went around the circle and showed what we created.

The music and sound, art making, breathing, walking in Nature soothed me.

Sitting under the canopy of tall trees quieted my inner chatter.

I was practicing just being.

I thought how can I create a new habit of ending each week with a bit of Nature?

An afternoon of sensory immersion in Nature reminded me that even if we only can spare minutes, an hour, or once a week or month, it’s urgently important to give ourselves the gift of quiet moments in nature. You don’t have to attend a workshop to do it.

But it doesn’t hurt.

Celebrate the Beauty of Every Day! ArtSpirit7 provides images and information to inspire your days.