12 Ways to Embrace the Galactic Alignment of 2012 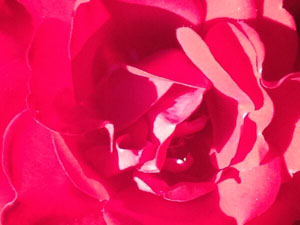 Rose at the Eclipse, photo by Mary Gow

Are you feeling a creative surge of energy from the solar eclipse on May 20th?

I am feeling that surge of energy that San Francisco astrologer, Linea Van Horn, calls the Galactic Embrace. According to Van Horn, 2012 marks the peak of a span of time we have been approaching for the last 30 years, 6,000 years, and 26,000 years. 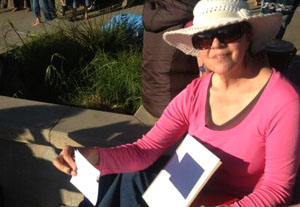 Safely watching the Solar Eclipse of 2012

In Van Horn’s “Galactic Embrace” presentation to the San Francisco Astrological Society, she used two hula hoops to explain what is going on in our galaxy. Imagine one hula hoop spinning east-west, the other spinning north-south. One of the hula hoop includes our solar system. The other spinning hoop and represents the Milky Way. The “precession”) of equinoxes in our solar system brings about a super-unique (my term) proximity to the Milky Way.

We are at the special spot where these two hula hoops touch. Van Horn explains that it takes 26,000 years for the zodiac to circle once around the constellations.

John Major Jenkins’ diagrams about the galactic alignment help explain the “precession of equinoxes,” if you want to check those out.

“We are now in a temporary portal of time and space that invites us to participate in no less than the evolution of mankind and the earth itself,” says Jenkins, author and independent researcher who focuses on Mayan culture and civilization and its connection to the cosmos.

Not only was there an annual solar eclipse on May 20th, but there will be a lunar eclipse on June 4th followed by what is called an “occultation” (a fancy name for eclipse but rarer) of the planet Venus traveling between the earth and Sun on June 5th and 6th. This is a completion of an 8 year cycle that only occurs every 121 years! 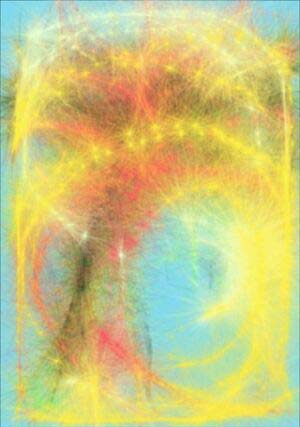 2012 represents the culmination of a zing of energy that has been building and building. Van Horn offers some tips for embracing this special time:

1. Congratulate yourself for being alive at this remarkable time.
2. Do what matters to you.
3. Be grateful!
4. Simplify.
5. Help others.
6. Plant good seeds.
7. Be flexible, ready to change at a moment’s notice.
8. Let the past go, don’t hang on.
9. Hold steady in your light.
10. Limit your exposure to “news.”
11. Resist fear.
12. Cultivate good will and positive thinking.

Van Horn has been an astrologer for over 35 years and will be presenting at the annual conference of the United Astrology Congress in New Orleans this coming weekend and at the the 44th Annual Conference of the Astrological Association of Great Britain September 7 to 9 at Wyboston Lakes.

Looks like there is no better time than the present time to be creatively expressing. If you’ve been waiting for when the planets are aligned, the time has arrived!

You might also enjoy:
–4 Quotes to Jumpstart Your Dreams
–Two More Nuggets of Inspiration from Ira Glass